One of the main decisions you face in a game with alternating activations is what order you activate your characters. Here are some general guidelines to help you think about that. 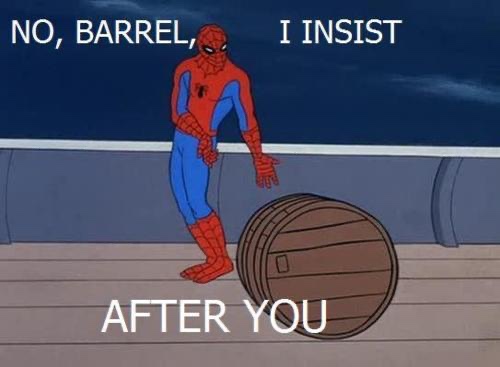 A general rule of thumb

In the early part of the round, your focus should be on grabbing any loose extracts but also dealing damage to daze so you are getting ahead on activation economy.

Late in the round, your focus shifts more to

A key idea is to prevent losing activations. If you have a character very low on health, acting with them before they get dazed/KOed is a good idea. This is especially true for getting KOed. Getting dazed is not always the worst, as at least they will come back with a good amount of power next round.

Another key thing can be who has a lot of power. These characters are likely to be high priority targets for an opponent, so using that power to get work done before they can be dazed is a generally a good idea. But it’s worth looking at how much danger they are in: a character camping a lot of power but far from where most of the action is taking place might not need to go so early.

Now both of these work in reverse. Dazing or KOing someone that is low on stamina on the opponent’s team or taking down someone that has loaded up on power should be a high priority for you, so you may choose to activate a big damage dealer early.

The trap of revenge

A situation that comes up a lot is this: you have just been attacked. You’ve taken some damage and now have a decent amount of power to spend retaliating. It’s really tempting to launch straight back at the character that just attacked you.

But it can often be the wrong thing to do.

If those two characters are duking it out over a secure objective, or on a flank; if there is no or little potential threat towards that character, you might well be better off leaving it and coming back to it. Instead, in another area, you might benefit from being the first to throw some damage in an exchange, hoping to daze them. The situation with those two original characters is not going to change significantly as they are relatively isolated and one has already activated.

I see a lot of players getting sucked in to a tit-for-tat that actually disadvantages them across the round. If you aren’t being threatened, you are normally better off coming back to that punch up later.

A strong line of play is using characters with reliable pushes (Shuri, Black Panther) or throws (too many to name) late in the turn to move characters off secures to score them yourself or at least deny VPs from them. Going late prevents them just moving back on to those Secures.

Do the thing your opponent wants you to do least

This is a great guiding principle. Put yourself in their shoes and think: what would you be worried about happening? Then do that. That might be dazing a key character of theirs or spending all your power on big attacks. But try to get inside their position: it can shed new light on your own.

When applied to activations, who doesn’t your opponent want you activate? That is normally the right person that you should be activating.